Full Name
Gil Barndollar
Job Title
Senior Research Fellow
Company
Center for the Study of Statesmanship, Catholic University of America
Speaker Bio
Gil Barndollar is a Senior Research Fellow at CSS and a Senior Fellow at Defense Priorities. From 2018 to 2019 he was Director of Middle East Studies at the Center for the National Interest. He has written for The Wall Street Journal, The Los Angeles Times, USA Today, The National Interest, The American Conservative, and U.S. Naval Institute Proceedings, among other publications. Gil provides frequent commentary and analysis on U.S. foreign policy to national and international media and has appeared on CNN, Fox News, the BBC World Service, and the Fox Business Network.

From 2009 to 2016, Gil served as an infantry officer in the United States Marine Corps. He deployed twice to Afghanistan, as a light armored reconnaissance platoon commander and as a combat advisor with the Georgian Army. He also led a Fleet Antiterrorism Security Team (FAST) platoon during deployments to Guantanamo Bay and the Persian Gulf.

Gil holds an AB in history from Bowdoin College and MPhil and PhD degrees in history from the University of Cambridge. At CSS he is working on a book examining America’s All Volunteer Force, conscription, and future national security threats.
Speaking At
The Middle East and U.S. Security 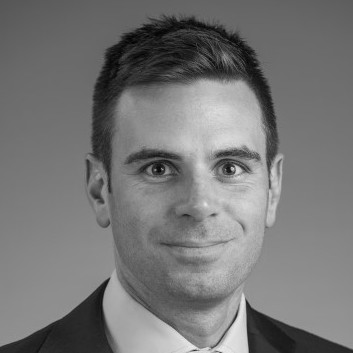