Full Name
Elizabeth Shackelford
Job Title
Senior Fellow, US Foreign Policy
Company
Chicago Council on Global Affairs
Speaker Bio
"Elizabeth Shackelford joined the Chicago Council on Global Affairs in January 2021 as senior fellow on US foreign policy. Her analysis, writing, and outreach focus on building awareness and understanding of a ""restraint"" approach to foreign policy, which seeks to limit the use of military force to the defense of core US national security interests and favors robust diplomatic engagement.
Shackelford was a career diplomat with the US Department of State until December 2017, when she resigned in protest of the Trump administration. Her resignation letter was the first to draw widespread attention to the declining state of diplomacy under Donald Trump. She is the author of The Dissent Channel: American Diplomacy in a Dishonest Age, winner of the 2020 Douglas Dillon Book Award. Using both firsthand and historical observations, The Dissent Channel demonstrates that the crisis in US foreign policy predated recent efforts to sideline the diplomatic corps.
As a Foreign Service Officer, Shackelford served in Somalia, Kenya, South Sudan, Poland, and Washington, D.C., tracking political and conflict developments, advising Mission and Washington leadership, and advocating for US interests with foreign counterparts. For her work in South Sudan during the outbreak of civil war in 2013, Shackelford received the Barbara Watson Award for Consular Excellence, the Department’s highest honor for consular work.
As a non-resident fellow with the Quincy Institute for Responsible Statecraft in 2020, Shackelford conducted research, analysis, and commentary on the costs of a militarized approach to foreign policy and the need for greater accountability in US actions abroad. Prior to joining the State Department, Shackelford was an associate with Booz Allen Hamilton where she led USAID projects to assess business environments in developing countries. Shackelford was also an associate with the law firm Covington & Burling, where she focused on international trade law.
Shackelford's op-eds and commentary have been published in numerous outlets including the Los Angeles Times, Slate, and Ms. Magazine. Shackelford has a BA from Duke University and a JD from the University of Pittsburgh. Born and raised in Mississippi, Shackelford now resides in Rochester, VT."
Speaking At
The State Department: Getting In, Working There, and Making Change 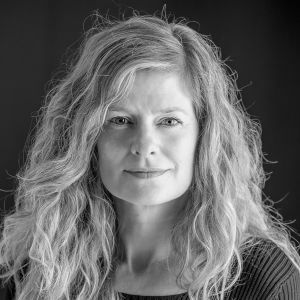